It´s a moody and mutedly romantic piece about the compulsive attraction of opposites, shot in jaundiced yellow and utilising a chromatic musical score and a the odd jump-cut to set the off-beat mood. Wunderlich´s debut is more conventional than that suggests, but he has a nice feel for inconsequentiality, gentle absurdity and glum poetry. The sex is handled credibly, too. (Time Out/London)

Interview with the director Andreas Wunderlich

‘Eduard’s Promise’ is an exception in today’s German film scene. This film has a face that you don’t forget; unwielding, full of edges, very visual – with its own rhythm which is irritating in the way it goes back and forth between action and stasis.

Eduard’s Promise is like a snapshot of the story of an odd couple. I was not interested in using film to speed up the action, but rather slowing things down to the absolute minimum, almost letting them come to a standstill. Once a person is alone like that you get to see layers which are otherwise covered by the action. That makes it both calming and irritating, just like in real life, and at the same time it is concentrated film. (…) The whole time Julia is fighting for Eduard in a race against a time scheme she has set herself. It’s only when there are gaps in the plot that you can feel the fear that eggs her on. The fear that nothing she has in life has been a present, including this man’s love. So she has to take everything she wants.

The outline of the film is a 24-hour day. Within these 24 hours there are loose, almost isolated episodes of encounters and incidents. In the end the protagonists don’t seem to have gotten much of anywhere, compared with other film stories. Does „Eduard’s Promise“ describe a circle rather than the classical development?

Both.The minor deviations from the circles lead to important developments.(…) In film there is always this wish that they should be united forever, even if, for goodness sake, they have to die. Eduard’s Promise describes what it means to build up trust. This process is far from being finished at the end of the day. I leave no doubts that it will take a long time for them to find a kind of peace with each other and that they have got a tough road ahead of them. Rather than letting them die in the end in order to do the audience a favor, I give them a future with that last big scene after all those borders they have crossed, the misunderstandings and the catastrophes. With Eduard’s Promise I pay tribute to all true optimists, simply because I don’t let love disappear in some unreachable film pattern. I show two human beings who are in the end prepared to make a concession and trust one another even when they are in greatest doubt. That is the most precious thing you can do. There’s no incredible development and the world has not turned topsy-turvy. It’s just a small slice of life and one moment in a long process – threatened by the environment, patterns of expectation, the insatiable and the fear of being alone.(…) The two of them are as slow as I am. In order to become a couple they need years if not the rest of their lives. They are incabable, unlike others, to nail down their love and move on into a static state. How to do that is the content of a different kind of cinema but not mine. I wouldn’t even know how to do it.

Around 1960 Antonioni developed a certain mastery in recounting things and almost letting them come to a complete standstill, as in his films L’eclisse, L’avventura and La notte. He tells about the time other films leave out. Moving in these inbetween spaces is the most difficult and yet exciting challenge a film can be faced with. Exciting because nowhere do you encounter the hectic stories of our existence more clearly and without disturbance. Difficult, because you are faced with somehow bringing an internal, in the beginning at least, invisible movement to the screen. These words in the credits were to remind us of a highly developed film culture, which seems lost here and which I truly miss.

„Eduard’s Promise“ takes a real risk with its casting of the lead roles, which are pretty contrary to the classical lovers you generally find in film. The part of the lover is taken by Thierry van Werveke, who usually, as in „Knockin’ on Heaven’s Door“, plays the ‘bad guy’. In this case he has been cast in a clearly positive part, even in a love story, something most others would probably not have thought him capable of.

I think my actors are classical lovers for a modern screen. It goes without saying, they aren’t 25 any more. They both are beautiful because of the way life has left its mark  on them, and they both have a depth you don’t forget. That is the best prerequisite for my story. I wasn’t able to take commercial aspects into account for the casting. Then I would have had to have told a different story.

With its almost 550,000 Mark production costs instead of an originally planned 2.4 million DM, „Eduard’s Promise“ is a low-budget film on the border of being a no-budget film. It recounts a story full of nuances, with lots of changes of motive, a constant dependency on weather in the course of a six week filming period, produced with a very young team. How do you stop these factors from turning against the project?

Easy: by working with the right team. Under production circumstances such as ours you can’t solve problems with money. Everything is measured by the film, or rather the idea behind the film. The team has to be very flexible and as a whole willing to turn to radical solutions. Using that kind of potential friction in a constructive way with such a low-budget production is real mastery in itself. Not just the two actors turned into Eduard and Julia on the spot. The shoots themselves assimilated incredibly quickly with their story and turned into an odysee with an open end. Eduard’s Promise was like a German „Living in Oblivion“. From what I remember, and that memory is starting to get transfigured, it was like an endless journey through the wilderness, on the backseat a bunch of scratching, screaming and crying kids, who keep bugging you with stuff like „I’m hungry“, and „Are we going to be there  soon?“ You have to have your act together as director and producer, especially if you are both at the same time. No one takes pity on you and who is always responsible in the end? The producer, in other words the director, in other words the producer, – nobody else.

Taking a look at your first film „Schneegestöber in der Ukraine / Snowstorm in the Ukraina“ I see radically different camera work than in „Eduard’s Promise“. The camera is searching something and develops things out of curiosity. In „Eduard’s Promise“, your first feature film in which you are not the camerman, I see a camera that already knows what’s ahead. It looks for positions from which it has the best access of seeing what will happen. The camera work is tableau-like, it looks down form a raised position,- which however has nothing to do with the actual height.- Why did you decide to use such a static camera, while the story itself repeatetly keeps developing in a wave-like fashion and very dynamically.

In Eduard’s Promise I wanted a camera which is already there, like an irrefutable law. The camera is supposed to describe the vacuum which this country develops, which sucks up everyone in a cold system – and then they’re gone, sucked up. In order to express this threat, the camera had to stay outside so it could show the two of them in their vulnerability, protectionless in the dimension of this vast expanse. Using a camera like that allows you to let them move on very thin ice atmospherically without the film having to recount it on the plot level. The camera looks down from its raised position as if trying to get the best place in order to watch them fall through. It should have something conspirative and you’re not supposed to know whether it’s their falling through the ice, which is conspirative or whether it’s the strength both protagonists have. You’re not supposed to find out whose side the camera is on: On the side of the antagonistic environment, which is about to suck them up, or on the side of both the heros. – That’s the principle. However, time and again the camera gives up its distance and lets itself get carried away by the two of them, suddenly is really close to them.

There’s a world of difference between the films on the German market right now and yours. Does that make it especially difficult for you to assert yourself with a film like „Eduard’s Promise“. Or does it offer you the chance to make use of a niche which isn’t already full?

In Germany the co-existence of film genres is not something that is cultivated the way it is in other countries. There’s only either or. It used to be the mouse grey problem film, now it’s pure entertainment, which is being supported vehemently by the people behind the grants. A film is, for heaven’s sake, not allowed to make a statement these days. The people who make the decisions have begun burning out the comedies and have gotten rid of the so-called „watering principle“. That’s the contemptuous way of describing the principle of diversity and the doling out of grants to small projects instead of just the big ones. That way films like Eduard’s Promise don’t „bother“ the monolithic entertainment scene any more. The big foundations hold their rule in an absolutistic way. As a small producer you’re treated like a serf. And yet, as muchas these people jet around the world, sucking up to  themselves and pretending to be important, on international ground the motto today more than ever is: „Life is too short to watch a German film“. Which German film stands comparison with Hana-Bi, The Sweet Hereafter or Live Flesh? And commercially speaking the German film continues to be attached to the financial drip, but now in a bigger way. Filmmakers who are willing to take a risk and could create a basis for clinking in artistically in the international film scene, systematically are stifled in their creativity.

Films don’t have to look like Diva. In times like these there are also films like Hana-Bi or The Sweet Hereafter. Those aren’t sentimental, distorted images of our affluent world: They show crises around us. Films can’t replace relief programs in Bosnia, however they can remind us what it all boils down to: Finding a common language. I think Eduard’s Promise can also do that. 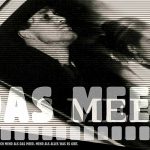